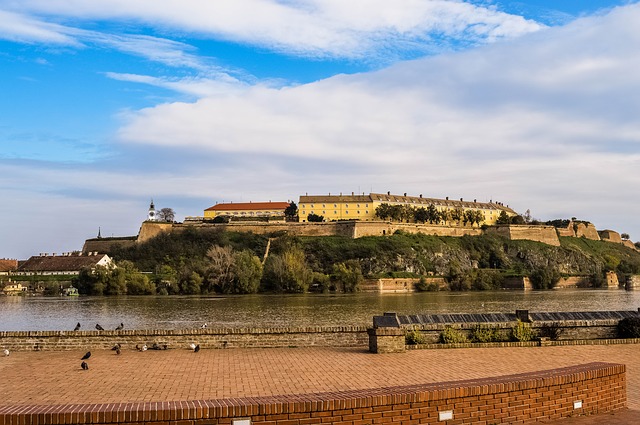 The tour starts when our guide picks you up at your accommodation in Belgrade. Head to Fruška Gora area, famous national park located 70 km from Belgrade and spiritual heart of the country with 17 functioning monasteries of Serbian Orthodox Church.

First stop is one of 17 monasteriesin area of mountain Fruska Gora. This one is part of familiar legacy of Branković dynasty, one of the most important benefactor families during challenging times, Turkish siege.

Next stop is Sremski Karlovci, small city which represents the true gem stone of Serbian culture and spirituality. With its baroque town lake, Patriarchy Palace, Congregational church of Saint Nikola and Catholic church of Trinity, first Serbian gymnasium from 1881 and the library of the gymnasium of Karlovci, this town has earned its name “museum town”. Sremski Karlovci is local center of wine production, this is why you will visit a traditional winery and try local sort of wine!

Driving along the right bank of Danube, we are arriving toPetrovaradin Fortress. Founded on the grounds of a medieval edifice, the fortress was built by the Austrians in the 17th and 18th century as pillar of defense against the invasion of the Turks. They call it the “Gibraltar of Danube”, because of its position. Today the fortress is famous for the most prestigious European music festival “Exit”.

Afterwards we will go to Novi Sad, melting point of different nations and ethnic groups, city with real multicultural ambiance and an example of true modern European metropolis, located 80 km away from Belgrade. Thanks to its position on the cost of the river Danube, once was the border between two empires, Austro-Hungary on the north and Ottoman on the south and with the charter of Queen Marija Theresa, it gets the status of free royal city Neoplanta in 1748. Thanks to the mixing of different nations and ethnic groups, Novi Sad with the population of 280 000 is a true multicultural environment and is the example of a true modern European metropolis. We will walk through Dunavska (Danube) and ZmajJovina street, which are the main walking zones of the city. Points of interest are: Dunavski park, charming passages and facades, orthodox cathedral, City Hall, Freedom Square, The Name of Mary Church, The Synagogue and Serbian national theatre.

After sightseeing around this beautiful city you may try an authentic Vojvodina cuisine in a traditional restaurant (optional) and on the end, you will be driven back to your accommodation in Belgrade.