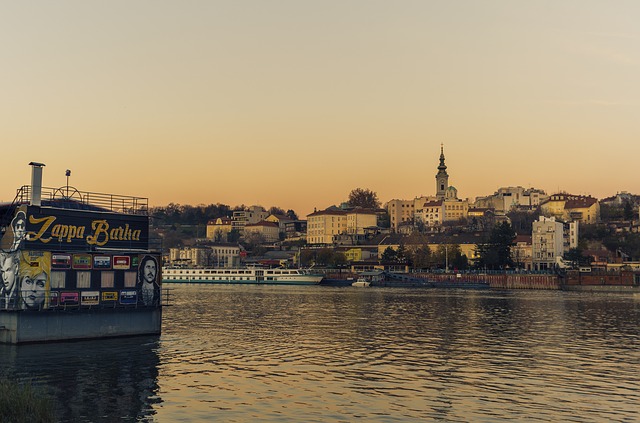 The Danube, „old giant “or „the biggest among rivers“ is the cradle of many civilizations and cultures. Once the main bond between west and east and the border of powerful Roman Empire, Danube hasn’t lost its importance and nowadays is the route that connects eastern and western parts of the European continent. Danube is Europe’s second longest river with its flow of 2860 km, 588 km of which, maybe the most interesting ones, belong to Serbia. Danube on Serbian territory, vast and peaceful river, turns into fast mountainous river. Besides many historical and cultural sights are located along the Serbian banks of the river: late Stone Age Vinča, medieval Fortresses of Smederevo and Ram, Roman Viminacium, prehistoric Lepenski vir, Golubac Fortress.

Frist point of interest is Golubac Fortress. It was built on inaccessible cliffs near the widest part of the Danube (around 6km) and nowadays is one of the best preserved fortresses in Serbia. Golubac was built from stone on the location of former Roman fortification and had been for centuries the place that controlled the Đerdap canyon. National park Đerdap is the region where Danube’s flow created the greatest river canyon in Europe 98 km long.

Lepenski Vir is one of biggest and most important archaeological sites on this territory. We will see prehistoric urban settlement that has been populated 8000 years ago, cultural, architectural heritage of Lepenski Vir culture and their way of life. After the visit to Lepenski Vir sight, we’ll proceed to Belgrade.

Roman town and military fortification from the II century that once was the capital of Roman Province of Moesia Superior, for centuries it had been a crossroad. During Hadrian’s reign in the II century Viminacium had received the status of a municipality, and then in the III century – a colony status, the highest level of independence in the Roman Empire that a town could have. Many Roman Emperors passed by Viminacium and prepared military plans here. At this archaeological park we’ll see perfectly saved late antique frescos of the Roman Empire, mausoleum, spa, Roman amphitheatre etc.