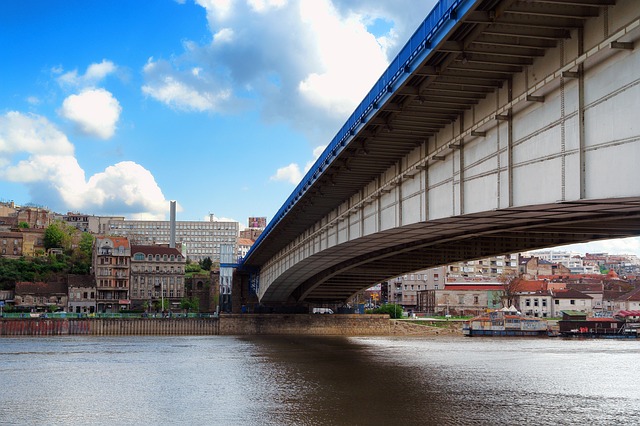 Belgrade is perfect for walking tours if we speak about sightseeing at the centre of the city, but if you wish to rest your feet for several hours and see the sights that are relatively far, the best option would be the Belgrade Panoramic Tour. From interesting stories of our licensed guides you will get acquainted with Belgrade and see its sights from a better angle.

The sightseeing starts on your way to New Belgrade side, part of city which was built in the 2nd part of XX century during the communist regime. Passing by Palace of Serbia – former Central Committee of Communist Party – and Genex tower that represents brutalism architecture, you will get an image of post-war period in Yugoslavia and see today’s business center of Belgrade. Then we proceed towards Belgrade Arena and Congress Hall Sava Center, pass over the “Gazelle” bridge to Old Belgrade and go on with the must-see program.

You will be driven to Dedinje elite district, to the Museum of Yugoslavia’s complex where thanks to short break you can take a picture. Memorial complex is devoted to the history of Yugoslavia with a special emphasis on life and deeds of Josip Broz Titowhose Mausoleum “House of Flowers” is located here.

The tour continues to Saint Sava Temple, which is our next stop, and we will pass by the stadium of FC Crvena Zvezda (Red Star), former European Football Championship and World Cup champions (entrance to the Stadium is optional). Saint Sava Church, symbol and patron of Belgrade, is a beautiful building that can be seen from any part of the capital, will amaze you. On the plateau in front of the Temple is a monument dedicated to Karađorđe Petrović, leader of the First Serbian Uprising, and the Serbian National Library.

The panoramic tour continues at one of the most famous squares of Belgrade – Slavija Square that leads us to the centre of the city. Via Nemanjina Street we will passs next to the remains of Serbian General Staff that was partially destroyed during NATO bombing in 1999.Prince Miloš Street will take us to the Serbian National Parliament, Old and New Palace, which is now the City Parliament and the President’s residency. We will pass the Republic Square that is supposed to be the most central point of Belgrade and stop on Student’s Square. From this point we will enjoy walking part of tour as goal is the Belgrade Fortress with Kalemegdan Park. Tour will be ended with unforgettable view over the city and the point where Sava and Danube rivers meet next to symbol of the city, the Victor monument.