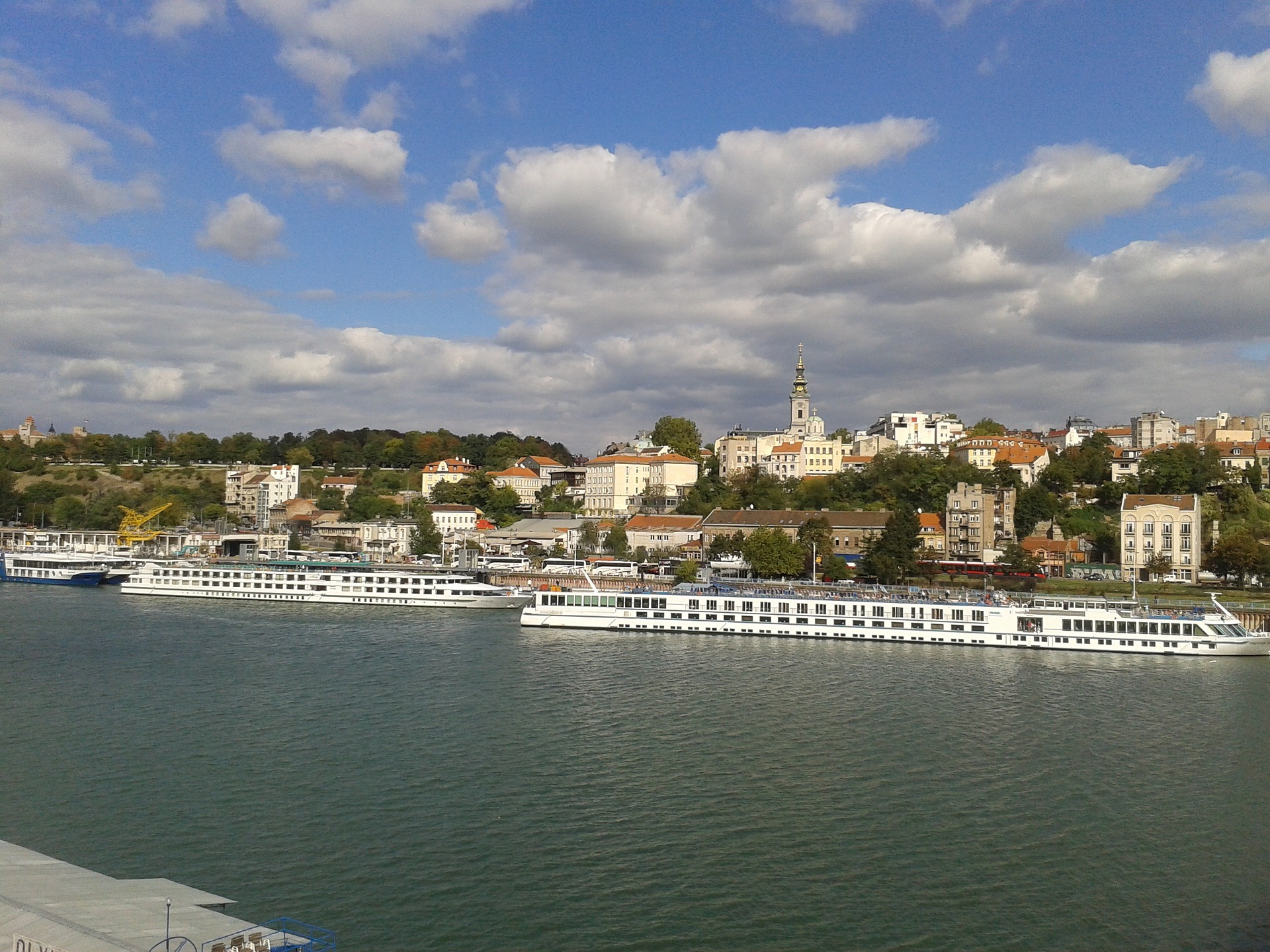 Belgrade is said to be the city of an open heart, generous and cordial to all visitors. This is why it is best to start meeting the city from its heart – the city centre.
National Parliament
In this tour you will see some of the most important sights of the capital. The tour starts in front of National Parliament. The monumental building was built in the beginning of the 20th century and is the best witness of the turbulent history. Across from National Parliament is the City Parliament or so-called Old Palace is. It was built by the Obrenović dynasty; it was also a home to the other rayal dynasty Karađorđević. Besides the Old Palace is the New Palace, which was also built as a royal residency the Karađorđević dynasty, and today it is the residency of the President of the Republic of Serbia. Further on the tour leads us to Nikola Pašić Square with the monument dedicated to Nikola Pašić, former mayor of Belgrade, and one of the biggest fountains in Serbia. We will pass by the famous Syndicate House and come to Terazije Square – one of the most famous and Belgrade squares. Hotel Moskva, gorgeous building, is dominating over the Square. Nearby is the Albania Chamber built in 1939 and once the highest building in Belgrade.
Republic Square
Afterwards we arrive to the epicentre of the city, Republic Square with the Prince Mihail Monument in the centre. On this square are also the two most important cultural artistic institutions, the National Theatre and National Museum. A walk through the always lively Knez Mihailo Street, main walking and shopping zone, on our way to Kalemegdan, we will visit the Congregational Church. In the capital church of Belgrade, there are tombs of some of the most important people from Serbian history. Across from the Congregation Church is the building of Patriarch, with the Museum of the Serbian Orthodox Church. Nearby is the oldest bar in the city, which is known for its unusual name “Question Mark -?”, as well as the Mansion of Princess Ljubica, former home of the first lady of Serbia, and today a museum.
Belgrade fortress
The tour will end at Belgrade fortress, the most important cultural-historic complex of the city. Starting with the Kalemegdan Park, the Belgrade Fortress raises proudly over the confluence of the rivers Sava and Danube,and is the witness of the tumultuous history of this ancient city. On the outermost part of the fortress raises the monument dedicated to the Victor, one of cities symbols, a piece of the famous sculptor Ivan Meštrović.
Meeting point: National Parliament
Departure time: every day @11:30h
Duration: 4h
Minimum for realization: 4 persons
Means of transport: walking tour
Private tours are also available on request